Blast Off: 4 Ways to Launch Your Brand So It Gets Noticed 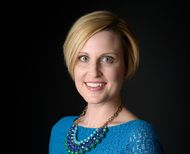 Not long ago, I was heaving a huge sigh of relief as the biggest day in my professional life was coming to a close. We’d just launched I’m In, a national health campaign co-founded by the Pharmaceutical Research and Manufacturers of America (PhRMA) and National Minority Quality Forum, to help raise awareness about the need for greater diversity in clinical trials. Six months of research and brand development led to one big launch day, and it was an undeniable success. We didn’t have a large budget to support the launch with a massive ad buy. We didn’t have a celebrity spokesperson. However, within two days of the launch, we secured:

We have a number of clients that come to us to help attract attention to their newest brand, product or program. With about a quarter of a million new product launches globally each year, and countless established brands seeking to make a big splash with their news, it’s not easy to get the publicity you want. But, it’s possible to break through the clutter, as our success with the launch of I’m In illustrates. Here are a few of the ways we did it.

From the moment we began to conceptualize the I’m In campaign, we were hosting focus groups and one-on-one conversations with key influencers, including minority-serving physicians and leaders of well-respected advocacy organizations. Their input helped us craft a campaign that would resonate, and fostered early buy-in from these opinion leaders. When we were ready to make it public, so were they.

2. Use a mix of strategies and vehicles to get your news out.

We focused on three:

3. Give media lots of ways to cover the story.

If media coverage is what you’re after, provide reporters with lots of options to learn more. We gave journalists the opportunity to:

4. Utilize a variety of storytellers.

Our spokespeople ran the gamut – from seasoned pharmaceutical industry professionals to a physician who primarily serves diverse patient populations to an average citizen who participated in a clinical trial herself. This allowed us to offer many unique perspectives on the issue and create a custom mix of interview opportunities to best match each reporter’s interest.

These tactics resulted in great success for the launch, but it didn’t stop there. By continuing to engage our key influencers, social media followers and journalists, we ended the campaign’s pilot year with more than 146 million multimedia impressions.