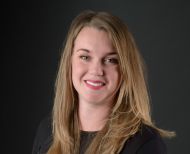 Summary: Crisis communications expert and President of Moore Communications Group, Terrie Ard, APR, CPRC, takes a hard look into the actions of CEO Oscar Munoz following the epic fail of United Airlines and explores ways they could have handled the issue that unfolded on flight 3411 and the aftermath.

Why it Matters: The leadership’s lack of empathy sunk any crisis mitigation that might have been in place. While it is important to act fast in a crisis, it is equally important to act right. The public will expect more than industry jargon or incentive excuses when crises arise. Tell the truth and be human.

Summary: Following the launch of their highly controversial commercial, Pepsi received backlash from all ends including Martin Luther King’s daughter which, in turn, caused the company to remove the ad and deliver a public apology.

Why it Matters: Newsjacking has its limits. Before piggybacking on the biggest news stories of the day, take some time to evaluate the risk reward of it offending the public. If you gamble wrong, you will spend your time apologizing instead of selling your product.

Summary: Frustrating ad campaign or sheer genius? Either way, Burger King has made its way into your home – specifically your Google Home – and whether you like it or not, it’s got everyone talking!

Why it Matters: Turns out people don’t like their personal assistants being hijacked. It also turns out that using an open source platform (like Wikipedia) as part of your marketing plan can backfire. Of course, if that was your plan all along – you’ve done more than succeed. We are sure Burger King’s Wikipedia page has never gotten so much attention.

Summary: See why jumping on the Unicorn craze bandwagon has boosted Starbucks social traffic tenfold. Who cares that the caloric intake of a Tall is higher than three chocolate biscuits?

Why it Matters: Scarcity can be a good thing sometimes. Ask any McRib fan and you’ll understand immediately. The twist on this idea is that Starbucks made their limited offering extremely photogenic. Give them something to talk about and share on Instagram!

Why it Matters: As one of the world’s largest and leading social media platforms, Facebook is responsible for predicting the wants and needs of the future in order to stay on top. The latest features (including a virtual reality app, new camera filters and omni-channel analytics) further demonstrate why Facebook continues to remain untouchable and a major player in media and marketing.