June gave us some big news in social media and online marketing. Some brands also had their hands full with branding initiatives and PR scandals this month. Here are some of the top stories that caught our attention: 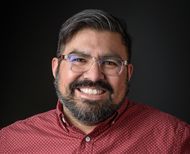 In June, Zappos launched the #ImNotABox campaign which features limited edition shoe boxes with template designs that customers can fashion into things, including a smartphone holder, shoe sizer, planter and standup llama.

Why it matters: Finding ways to go above and beyond normal brand storytelling can give customers a unique experience. The #ImNotABox campaign is not only telling the customer about the brand and what they stand for, it is also meant to inspire people so say, “I’m not a box” and to become the best version of themselves they can be. Also a smart nod to one of their primary competitors (Amazon) who often gets flack for the amount of packaging they are adding to landfills.

On June 26, Amex is rolled out print ads to commemorate the one year anniversary of the Supreme Court’s ruling to legalize same-sex marriage. The #ExpressLove effort is to encourage consumers to share how they express love everyday.

Why it matters: This is the first time Amex has done a big ad related to their work supporting the LGBT community. As a company, it is important to articulate your stance on social causes and contribute to the conversation. There ispower in showing up and having a presence and Amex did a nice job by using their ad to show their support for the community.

Spotify says Apple is using its App Store approval process as way to block customer growth for the app.

Why it matters: Apple has been accused of keeping certain apps and app versions off their market because they compete with Apple products. This has lead to limited versions of many apps. Don’t be surprised if lawsuits are in the works.

Facebook plans to shut down its ad exchange, FBX, by November as it shifts its focus on its own Audience Network. FBX enables third party ad technology companies to purchase ads on the social network for retargeting.

Why it matters: FBX has had its issues since the start. Unless you were a big spender or using a third-party that was an FBX partner, most of us never used it. FBX was also desktop-centric and doesn’t hold much value in today’s mobile environment. The increased expansion in Audience Network will provide significantly more value to the average marketer.

Many are still speculating what the 26.2 billion acquisition means for the professional network LinkedIn.

Why it matters: Microsoft is a leader in the professional data world, and the acquisition of the data housed with the premier B:B social network is an additional feather in this hat. Microsoft could also leverage LinkedIn to offer better targeting for Bing’s advertisers as they continue to diversify revenue streams against Google. If you are a marketer utilizing LinkedIn, expect a big influx of product advancements and analytics on the platform.

Instagram no longer uses a chronological feed. Your new feed is based on factors like your engagement with the people you are connected with and will help users ensure they don’t miss posts that matter most.

Why it matters: This new algorithm works very much like the one Facebook already uses, modeling Facebook’s flagship product and juggernaut revenue driver that is the Facebook Newsfeed. Given the monumental success Facebook has seen with users and advertisers after it’s implementation, the algorithm update was only a matter of time.

Twitter has increased how long your posted video can be from 30 seconds to 140 seconds. Professional publishers are able to post videos up to 10 minutes.

Why it matters: The increase in video length will carry over to Vine too, at some point. Video consumption has increased on all social media platforms so Twitter is smart in making their platform more user friendly. While most other platforms have remained visual-heavy, text-only posts have continued to reign supreme on the network. This seems to be Twitter’s way of trying to get a piece of video content consumption (and revenue). However, as Twitter has remained a mystifying platform for some and an essential communication tool for loyalists, we question whether this was a smart move for Twitter to stray so far from what is working and risking continuing to be thought of as a “me too” platform.

The State of the News Media 2016: Mobile continues its takeover

Pew’s annual survey of the news media shows that trends of mobile consumption and platform domination are continuing to increase. Nearly half of American adults now get news from Facebook.

Why it matters: As Facebook becomes the epicenter for all content consumption, questions have emerged regarding the types of journalism standards the platform should be required to uphold. While the platform is still maintained as the primary place to connect with friends and family, the prevalence of news publishers relying on traffic from Facebook to maintain readership and product updates such as Instant Articles, the question continues to emerge about what types of journalism ethics that platform should be held to.

A top executive for the fast-food chain worsened PR for his company by getting busted for drugs.

Why it matters: There is such a thing as bad press. Consumers have never had more choices available to them, making it very easy for customers to divert to competitors in times of crisis. True comeback stories are becoming fewer and farther between as it becomes impossible to truly bury PR blunders within the digital age. Make sure your company has a crisis communications plan in place – before you need one – to ensure you don’t create a devastating mistake for your brand.

Disney is facing a public relations crisis and the possibility of legal action after an alligator snatched and killed a toddler at the Walt Disney World resort in Orlando, Florida.

Why it matters: While the company’s reaction to this tragedy was swift, they could still be facing a lawsuit due to lack of proper warning signage. However, due to the sensitivity of this event, if a lawsuit arises, Disney will likely be quickly settling as this is not a case that you want to be arguing subtle details of law. Make sure your company knows how to handle a crisis. In addition, be prepared that even with the best crisis mitigation plan in place, it’s not always possible to avoid negative outcomes.