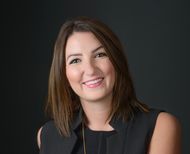 Through the inception of Snapchat, a popular messaging app, an upward trend has begun in the advertising world: going vertical. At this year’s Code Conference, Mary Meeker, an internet stock analyst with Kleiner Perkins Caufield Byers cited the trend of millenials never being without their smartphones. In 2008, Americans spent 20 minutes a day on average with the mobile Web. This year, they spend close to three hours – proving that mobile advertising still has room for growth.

Applications like Snapchat are utilizing vertical ads solely because it makes engaging simple. By playing an advertisement in portrait mode, users don’t have to rotate their screens making them more likely to view the ad in its entirety. The content is coming directly to them in a format that makes it easy to watch with no extra effort involved.

Today’s common practice of shooting wide-angle landscape shots will still continue; however, applications like Snapchat, will give advertisers more of a reason to consider vertical shots. As mobile advertising continues to grow, relative to how much time people spend on their devices, we will likely see more in the form of ads that are delivered directly to consumers – with no extra work involved.

Fun fact: In a recent report, it was noted that Snapchat has 100 million daily active users, and the app generates 2 billion video views a day. Read more here on the Internet trends of 2015.