How the 'Unelectables' Win the 'Undecideds'

With the political landscape changing virtually every minute, the presidency is still very much in play. Winning will require mobilizing a diverse base of energetic champions, and that’s where advocacy comes in. 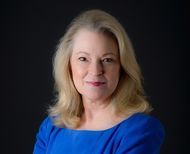 Polls have shown Hillary Clinton with a considerable lead, but if this election has taught us anything, it’s that conventional wisdom doesn’t apply. With the country deeply divided, Clinton can’t afford to overlook Donald Trump’s cadre of passionate loyalists and people who don’t want politics as usual.

So what’s it going to take to win? The difference for the victor will be the use of effective advocacy.

Advocacy is a relationship-based approach that enlists the power of champions whose unified voice adds credibility to your campaign. These champions build a kind of influence that money can’t buy, and they’re more important than ever.

The campaigns of the two candidates couldn’t be more different, but both could benefit from an advocacy strategy. Here’s what Trump and Clinton should be doing in these final days:

Clinton: Get advocates talking about you.

More people today seek the advice of friends and family when making decisions about everything from the products they purchase to the candidates they support. These conversations often take place on social media. In January, 44 percent of adults said they had learned about the presidential election in the past week from social media, according to the Pew Research Center.

Trump interacts more with ordinary people on social media, often sharing or retweeting their posts. He engages a larger audience, which gives him an advantage in communicating directly with his followers. Clinton meanwhile mostly shares messages carefully crafted by her campaign. She should start engaging individual followers to build digital relationships that foster trust and drive her message to a wider audience. She needs that personal connection that makes the difference between passive support and advocacy action.

Advocacy is about rallying champions around a cause for which they’re willing to align themselves and speak out. We’ve heard voters say they don’t feel good about either candidate, but the passion of Trump’s supporters is palatable. They’re all in.

Clinton, meanwhile, hasn’t built the same level of intensity. Trump dominates media to the point that even messages about Clinton are about him. The conversation among her supporters is often in reaction to something he said or did.

Clinton needs advocates talking about her in a space away from Trump. She should enlist the support of her followers to start driving the message that gets to the heart of who she is and why you can feel good about supporting her.

Clinton: Continue to focus on the ground game.

While social media is important, winning the presidency requires building a higher level of advocacy engagement. The candidates need people willing to do more than press “like” or “share.” They need action on the ground. This is where Clinton has the advantage.

Trump is relying on his ability to stoke passions to translate into voter turnout. Clinton has taken a more conventional approach by using boots on the ground to fundraise, register voters and remind supporters of early voting deadlines.

Trump’s campaign staffing problems, not to mention the turmoil his candidacy has caused within the Republican Party, have hampered his ground game. Clinton and the Democrats have the infrastructure to put more feet on the ground, and focusing there would be smart, especially given Trump’s dominance in the social space.

Trump: Rally your supporters to action.

Trump’s messaging to date has been heavy on emotion and light on action. He can only win if supporters follow through on Election Day. He should leverage his social following to issue the call to specific actions in support of his campaign.

Successful advocacy requires equipping your champions with the tools and information they need to easily share your message and take action on your behalf. He needs to turn that social following into ground game.

Trump: Be specific about your plan.

Those still weighing the candidates are looking for substance. Both candidates could do well to provide more specifics about their plans for the country, but Trump is especially lacking here. His grandiose promises are short on details.

He has been successful in keeping his loyal followers engaged, but rhetoric doesn’t reach undecided voters or those in the middle of the political spectrum.

Trump: Be passionate and authentic about all people’s success.

To do this, Trump must first manage the sexual assault allegations so that he can focus on his message. Trump almost did this by issuing an apology, but continuing to characterize his behavior as “locker room banter” comes off as an excuse that has hurt his standing with women and seniors.

Trump prolonged the sexual assault discussion by bringing out Bill Clinton’s accusers. He would have fared much better by highlighting the stories of women who have excelled in his businesses to demonstrate his commitment to all people.

Storytelling is a great tool for recruiting and building advocates. The story of one person can be infinitely more powerful than anything else. If Trump has women who are willing to speak out for him, now is the time to mobilize them to share the stories of how he supported their success.

Trump: Get back to the original message.

Trump’s original appeal to many voters was his business acumen – that’s a quality advocates can get behind. That has been lost in his campaign.

Trump has an opportunity to get back on message and elevate the conversation of using his business experience and background as the tools needed to run the country.

In the final weeks for Clinton and Trump this will come down to engaging the undecideds. Job one for both candidates is shoring up the important vote from the undecideds. The candidates’ message should instill their confidence that they can and will represent actions of every person from every walk of life if they are fortunate enough to get into the oval office.