Moore Celebrates Amendment 7 Win With Florida Colleges: Here’s How We Did It

Moore and one of our longtime clients are celebrating a major win for Florida with the passage of Amendment 7, known as the “First Responder and Higher Education Amendment.” 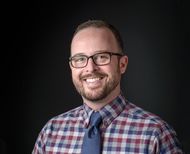 We were honored to lead this campaign with a smart, hard-working group of partners that included the Association of Florida Colleges, the Council of Presidents, and The Florida College System.

Moore has long been entrusted to tell the story of colleges as the primary way Floridians access higher education and as an important statewide contributor to workforce training and economic development. Our work amplified that story.

Amendment 7 places the state’s 28 colleges within the state Constitution on equal footing with K-12 schools and universities. It also protects local authority by ensuring that District Boards of Trustees govern each college and can respond to their communities’ needs. Finally, it provides college tuition and other benefits to the survivors of first responders and military members killed in the line of duty and requires a nine-member vote of the Board of Trustees and a 12-member vote of the Board of Governors to increase university fees. Passing at more than 65 percent, Amendment 7 accomplished a lot of good for Floridians, but none of it would have been possible without a dedicated team. Nearly every Moore team member contributed to the effort, along with a grassroots network of stakeholders across the state. Here’s how we made it happen:

Early polling showed strong support for Amendment 7, but this campaign wasn’t without challenges. Support waned in the weeks before the election as criticism of the Constitution Revision Commission mounted. Staying on top of the research and monitoring real-time data empowered us to share the right message at the right time with the right audience. We focused on targeted audiences early on and then ramped up with a broader digital campaign and earned media as the election drew near.

Speaking with a collective voice

Advocacy starts with a desire to create change, but success requires strategy. One of the most important steps is identifying a team of individuals and organizations that can speak with one voice. Partnerships are crucial, and in this campaign, we called upon the influence of policy leaders and educators throughout the state. We identified champions and equipped them to take action with Moore coordinating the effort and keeping everyone organized and on target.

Empowering others to tell the story

The Amendment 7 campaign was successful because we made it easy for stakeholders to get involved and share the message. Equipping advocacy champions to tell your story has a ripple effect. Research tells us that people look toward their family and friends for advice on the products they purchase and the causes they support. These conversations take place in person and via digital media.

We supplied social media messaging, speaker training and community outreach strategies, as well as direction on writing and placing op-eds. The cumulative effect was powerful. Stakeholders, who are respected in their communities, carried the story forth in an authentic way that garnered trust and support.

As a result, Florida’s colleges are now in their rightful place within the Constitution, and Floridians can be assured of local oversight. We were excited to be part of this journey from day one and look forward to continuing to tell the story of the nation’s top-ranked college system.