Thanksgiving Table Topics: What You Need To Know

It’s that special time of the year again -- the holiday season! Family gatherings bring different perspectives and interesting conversations to the table, and you can bet this month’s election and the upcoming legislative session will be hot topics; but don’t worry, Moore has you covered. 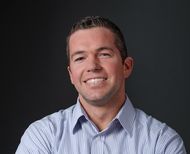 It’s that special time of the year again -- the holiday season! Leaves are changing, football is playing, and you can already picture your entire family sitting around the Thanksgiving table. Bring on the turkey, get ready for those delicious carbs, and don’t forget your greens. As with any family gathering, you can expect interesting conversation, and you can bet this month’s election and the upcoming legislative session will be hot topics; but don’t worry, Moore has you covered. To avoid a family food fight, we recommend sticking to the facts, and the questions you can expect to hear below will help you better prepare.

Q1: Can you believe election night? Only in Florida, right?

On November 6, Floridians decided on multiple contested campaigns and 12 constitutional amendments. This resulted in a historic voter turnout with both political parties motivated to have their voices heard, multiple recounts, Republicans winning key races with less than 0.5% of the vote margin, Democrats flipping seats in both chambers, and 11 of the 12 constitutional amendments passing the necessary 60% threshold – including two amendments that Moore had the privilege to work on – Amendments 7 & 10.

Q2: What are those politicians going to do this year?

Looking toward session, legislation is often developed from recent events that have had a major impact on our state. In 2018, we witnessed the Stoneman Douglas High School shooting, a persistent case of red tide, and Hurricane Michael. Here is what you can expect to see this year in Florida politics as the Florida Legislative Session begins on March 5, 2019:

On February 14, 2018, Florida and our nation were shaken to its core. After a gunman opened fire killing 14 students and three faculty members at Marjory Stoneman Douglas High School, the Florida Legislature and Governor Scott worked tirelessly to put a gun-safety bill into law. The bill imposed a 21-year-old legal age requirement, a three-day waiting period on gun purchases, and allowed for some school employees to be armed. The legislature is aware that the three weeks spent on the Marjory Stoneman Douglas High School Public Safety Act last year is not the last time they will debate this piece of legislation. The discussion will be geared around making sure the legislation that passed last year is effective and if the legislature appropriates enough funds to protect each school in Florida.

Red tide is a seasonal occurrence that most residents who live on the coast are very familiar with. With a history of lengthy episodes, including a two-year red tide bloom in the early 1990’s, red tide has started to become more prominent in the news again due to red tide’s longevity this year. Red tide has continued for a full year now resulting in the worst bloom since 2006. Governor Scott declared a state of emergency and directed more than $13 million in grant funding for affected areas in August. The discussion to find a solution for red tide, as well as algae blooms, is going to likely start and end with budget negotiations. The main point of discussion will be the recent budget cuts to environmental agencies such as the Florida Department of Environmental Protection and five regional water management districts.

Florida residents can expect to hear their elected officials this session say, “What could we have done better to protect our state against Hurricane Michael?” When the third largest Atlantic hurricane in history hits your home state, it is tough to say. Three of the largest conversations will be built around insurance rates, building codes, and climate change. First, after experiencing a major hurricane in 2016 and 2017, Florida insurers were already feeling the pressure of raising rates before Hurricane Michael became a thought. Then you have to wonder how building codes in the Panhandle will be impacted. After Hurricane Andrew, South Florida strengthened their building codes to withstand winds up to 175 mph, but the Florida Panhandle is only required construction to withstand 130 mph. Finally, there is climate change. We have all heard what scientists, Democrats, and Republicans have said about climate change. Does this sensitive discussion resurface after watching a storm that was as disastrous as Hurricane Michael? It will be interesting to see how the legislature jumps in to help lead and prepare our state for the future after Hurricane Michael’s devastation.

At the end of the day, the decisions made to address these topics, and other issues will circle around tourism. Florida is the top travel destination in the world that welcomes more than 116 million tourists each year. The legislature and leadership will do their best to make sure that never changes.

At the Thanksgiving table, when trying to get your family to see your political point of view, remember that storytelling sparks an emotional connection and everyone has a story to tell, so listen. Political discourse is not about convincing others that your side is right, it’s about being able to acknowledge and respect perspectives other than your own.

Here at Moore, we focus on telling client stories, so their audiences have a genuine interest in the mission they are living and are moved to join the charge for policy and behavior change.