United They Fall Short: Three Lessons from the Airline's Crisis 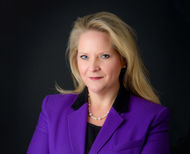 As I watched the video of security officers dragging a United Airlines passenger, bloodied and disheveled, off a plane Monday, I kept thinking, “How did we get here? How did this situation escalate to this extreme?”

As a frequent traveler, I empathized with the passenger, who simply wanted to get home. As a communications expert and business executive, I was astounded by United’s shortsightedness in preventing the crisis and by the CEO’s wooden response.

It is unclear at this time what impact the incident will have on United’s bottom line. Because air travel is expensive and passengers have few options, airlines are often insulated from the financial consequences of bad decisions.

United’s reputation, on the other hand, is taking a pummeling that will continue unless the CEO changes course. This incident provides a strong lesson in leadership and crisis mitigation.

Here are a few takeaways from this evolving case study:

Do the right thing

The best way to manage a crisis is to prevent it. Good business starts with putting the consumer first. United valued its business operations and employees over the interests of paying customers, and we’re seeing the consequences of that culture.

United had so many other options, but failed to pursue them because no one was focused on the consumer.

In this case, the flight from Chicago to Louisville was at capacity, but United wanted customers to give up their seats so the company could fly four of its employees to their next work destination. Why inconvenience paying customers to accommodate employees? Why allow passengers to board only to force four of them to deplane later?

Reports are that United offered up to $1,000 to anyone who volunteered to deplane, but there were no takers. Why not increase the compensation? Someone would have eventually taken the offer. Whatever United had to pay would have been less costly than the damage it faces now.

Instead, United chose customers at random and forced them to deplane. Several passengers left without incident, but one man refused. He claimed to be a doctor who needed to see patients the next morning.

We’re still learning about this doctor and his behavior, but regardless, the incident was wholly preventable and points to some real problems with United’s policies. What if a passenger were on his or her way to a funeral? Is United willing to enforce its rigid policies at all costs to the consumer?

A company that empathized with customers and understood their needs, motivations and possible reactions would have found another way of dealing with this situation, and it never would have entered the public arena.

Tell it all. Tell it fast. Tell the truth.

Even the best of companies will face crisis. We can’t always prevent bad things from happening, but when they do, our response determines the lasting impact.

In this case, CEO Oscar Munoz’s response made the situation worse. He apologized that United had to “re-accommodate” customers. Consumers, understandably, found his words hollow and insensitive. The word, “re-accommodate,” has become a global joke on social media. Munoz accepted no responsibility and offered no new information.

The basics of crisis communications call for three things: compassion, conviction and optimism. Munoz should have communicated empathy to the man who was injured, to the other passengers who watched in horror and to everyone who found the incident highly disturbing.

He should have expressed his dedication to understanding the events that culminated with the man’s injuries and to putting policies and procedures in place to prevent something like this from happening again.

A different response would have communicated that United’s leadership cared and would have contributed to restoring consumers’ trust.

United is suffering international damage to its reputation in key markets like China, but it’s not too late for the company to change course, starting with Munoz.

He needs to own the situation, and relay a sincere, personal message to the injured man, his family and to all customers.

Munoz must commit to – and follow through with – changes in policies and procedures; this can’t be resolved with a “business-as-usual” approach. He must start communicating now about how the company will learn from this incident, and keep consumers informed as United makes changes.

United will survive, but its brand has taken a heavy hit. When customers have options, this incident will make them think twice before booking with United.

In business, our reputation is our most critical asset. Our brand is what people say about us, not what we say about ourselves. Right now, no one is saying anything positive about United.