We Can Do It: Five Women-Focused Campaigns That Did It Right 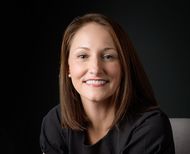 Women’s History month is the perfect time to celebrate how far our gender has come. It also presents an opportunity to look at how far marketing to women has come.

Gone are the days of the Mad Men era of advertising that featured women as only stay at moms and housewives. Female stereotypes and generalizations have long been part of major advertising campaigns. Some brands have come under fire about advertisements featuring an unhealthy focus on appearance.

However, some brands are beginning to encourage girls and young women to think different, worker harder and love themselves more. My favorite campaigns all have one thing in common –they each challenge the preconceived notions of what a real woman is and can do.

In honor of this special month, here is a look back at five brands that I believe got it right:

In a response to ads that featured women with Barbie like dimensions, Nike chose to embrace the real shapes of women’s bodies. What made these ads stand out was their strong imagery and extremely well written copy.

On a mission to create the next generation of female engineers, this toy company showed girls they can achieve all kinds of successes. This campaign creatively and effectively used statistics that reinforced the importance of women in engineering.

This brand set out to ensure girls kept their confidence through puberty by showing them that doing it #LikeAGirl is an awesome thing. The power of this campaign is that Always showcased genuine real-time reactions and emotions. It was able to boil down decades of sterotypes and generalizations into 3 minutes and then instantly empower people of all ages and gender to work together to break them.

Under Armour: I Will What I Want

This brand started a rally cry to women that it doesn’t matter what others think, it’s what YOU believe. And like the Like A Girl campaign, Under Armour used a real-life example to show the struggles women face when it comes to their physical appearance. This campaign also provided a website where girls and women could go and see more stories and interact with the brand online and socially.

No list of women focused marketing would be complete without mentioning Dove. More than a decade ago, Dove launched its Campaign for Real Beauty on a quest to understand, and change, how women thought and perceived beauty. This campaign has launched several marketing tactics to provoke discussion and encourage debate on the real definition of beauty. In 2006 they released the short film Evolution and in 2011 the conducted and released the study, The Real Truth About Beauty: Revisited. One of the best tactics they launched was Real Beauty Sketches (below), which compared hand drawn sketches of how women viewed themselves and how others viewed them. The results will give you chills.